254 metric teaspoons is equivalent to 127 centiliters.[1]

Conversion formula
How to convert 254 metric teaspoons to centiliters? 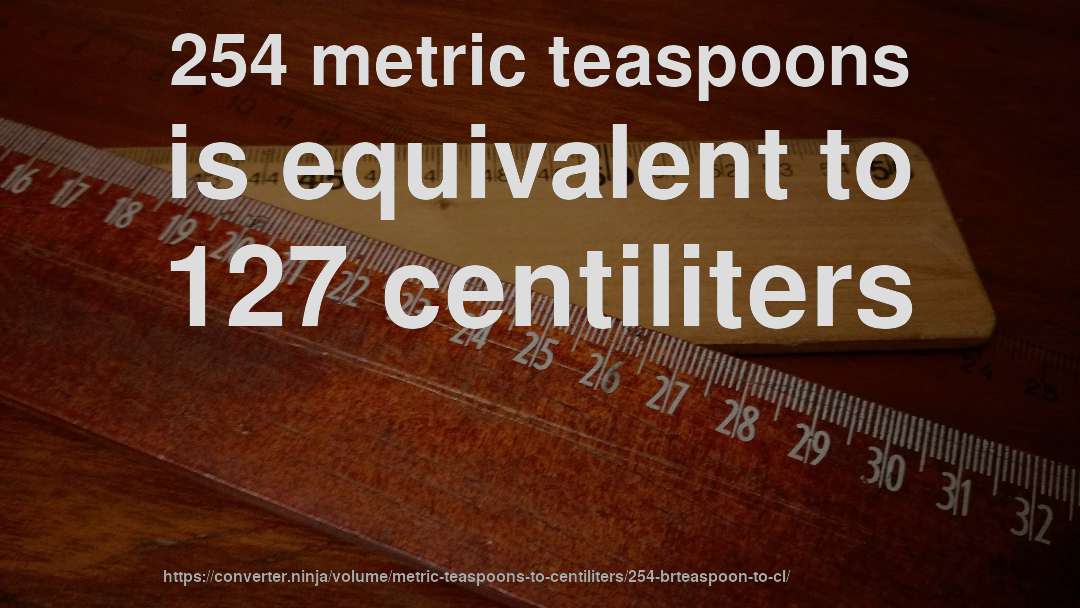 It can also be expressed as: 254 metric teaspoons is equal to centiliters.