Conversion formula
How to convert 16 imperial quarts to imperial cups? 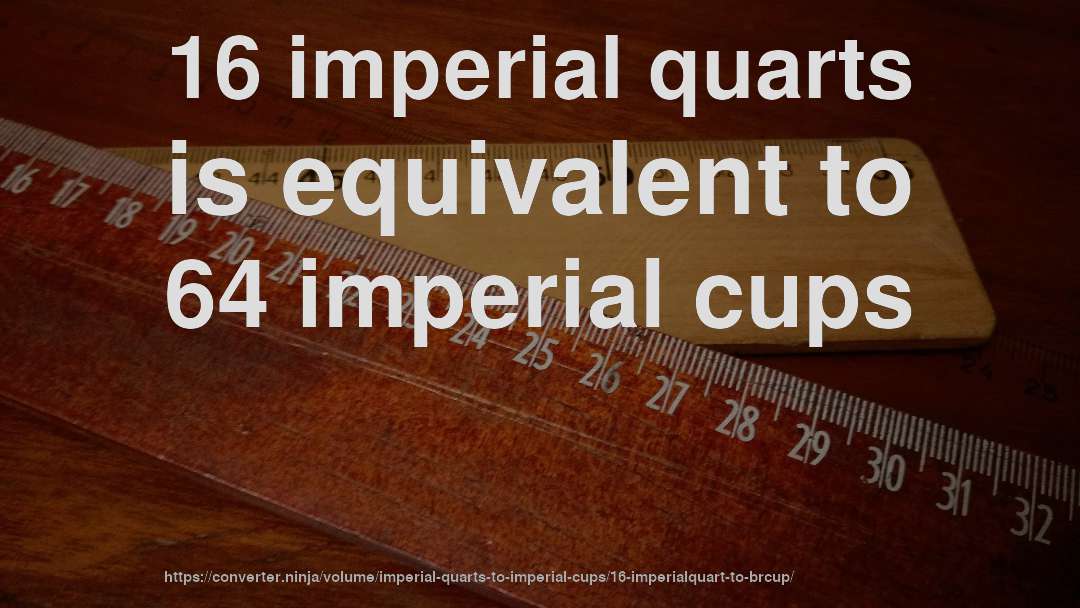 The inverse of the conversion factor is that 1 imperial cup is equal to 0.015625 times 16 imperial quarts.

It can also be expressed as: 16 imperial quarts is equal to imperial cups.