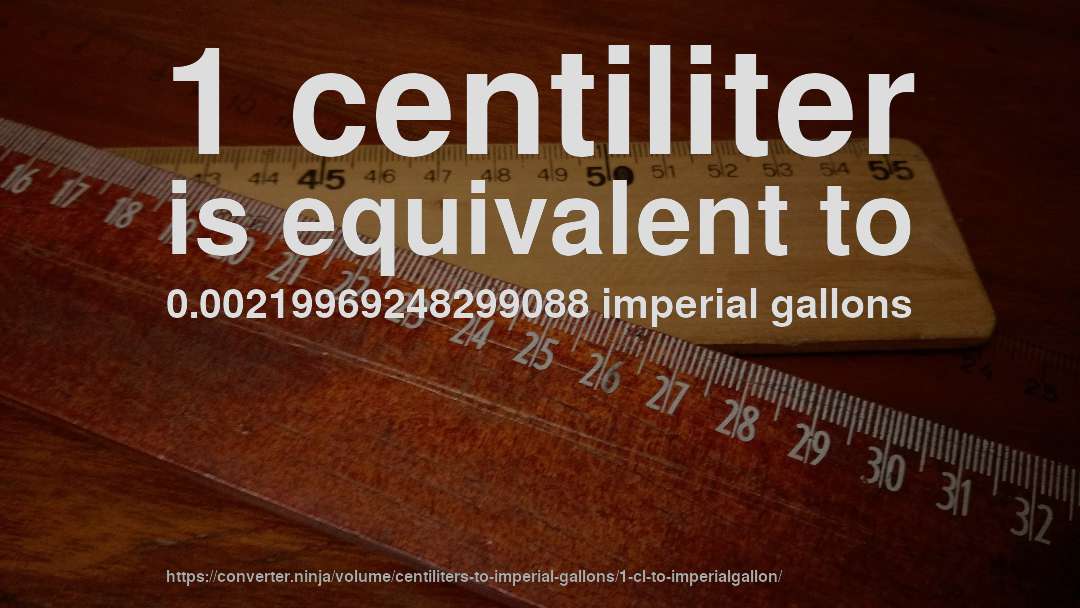 The inverse of the conversion factor is that 1 imperial gallon is equal to 454.609 times 1 centiliter.

It can also be expressed as: 1 centiliter is equal to imperial gallons.