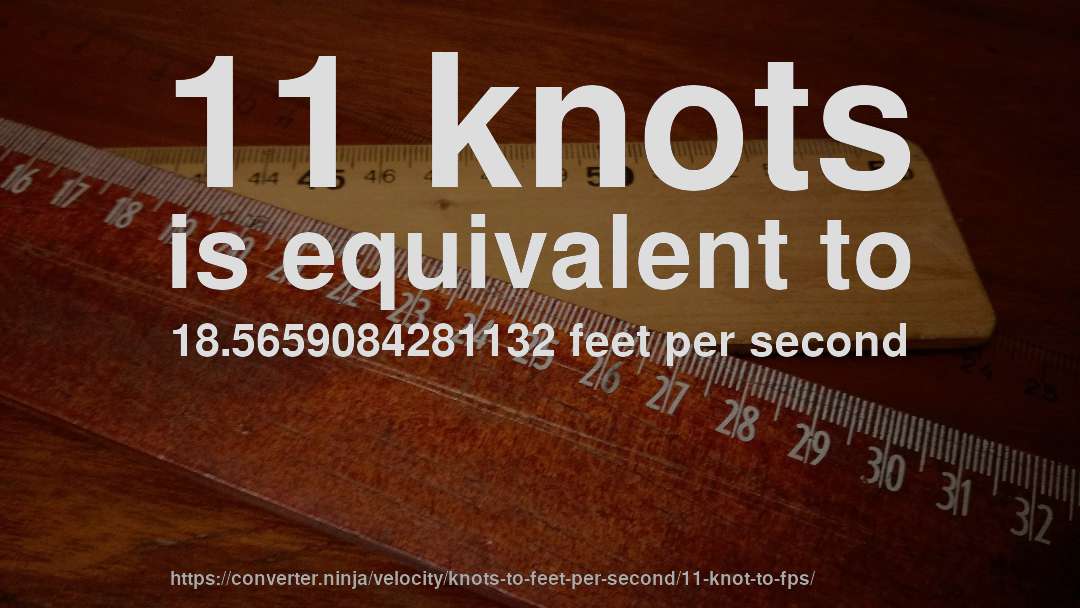 It can also be expressed as: 11 knots is equal to feet per second.

An approximate numerical result would be: eleven knots is about eighteen point five seven feet per second, or alternatively, a foot per second is about zero point zero five times eleven knots.