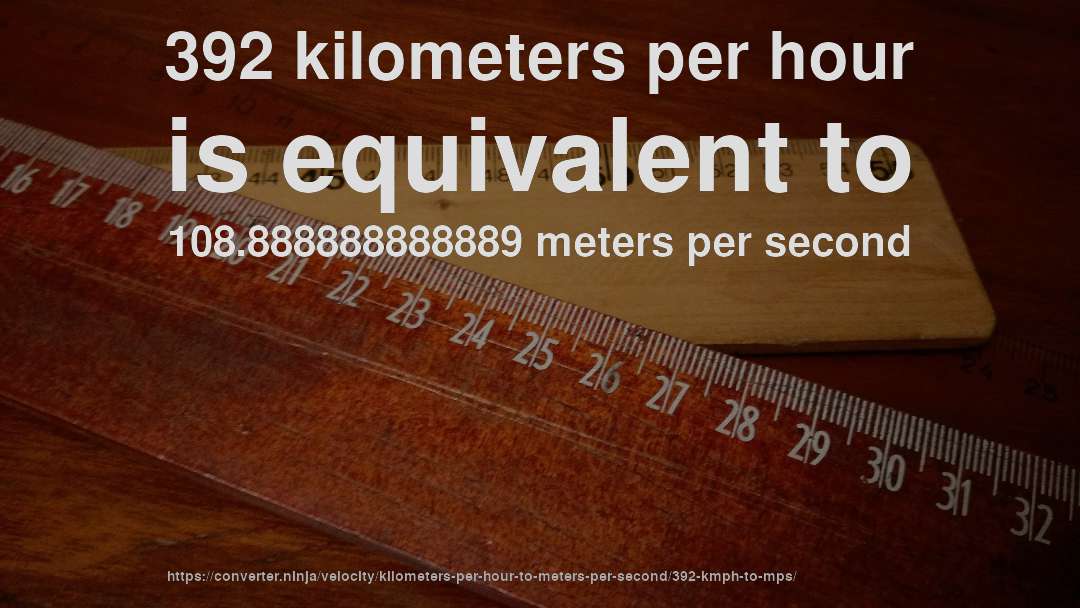 It can also be expressed as: 392 kilometers per hour is equal to meters per second.