Conversion formula
How to convert 56 ounces to grams? 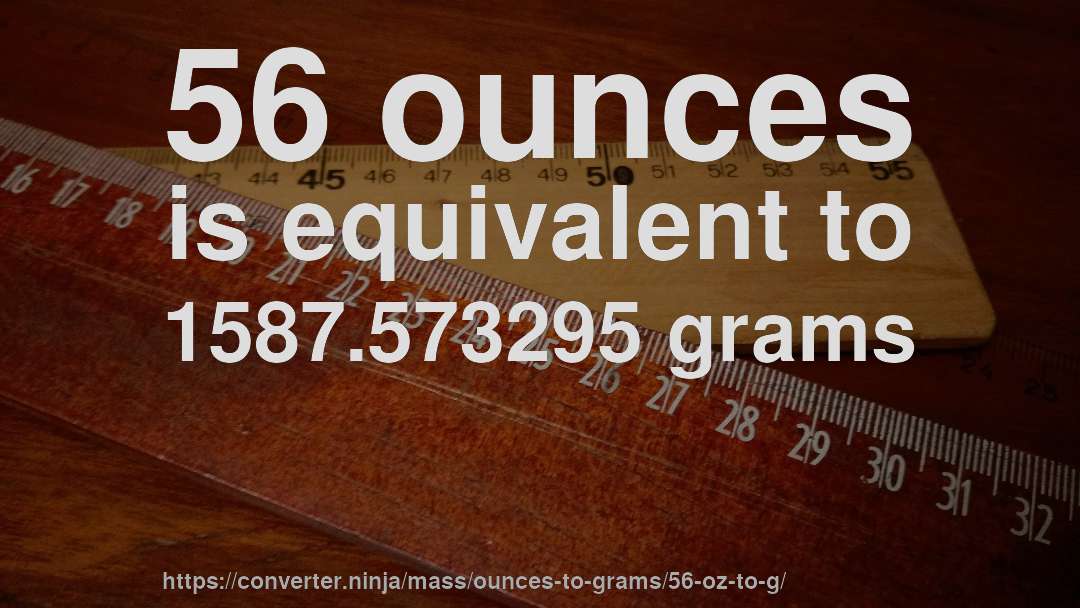 It can also be expressed as: 56 ounces is equal to grams.

An approximate numerical result would be: fifty-six ounces is about one thousand, five hundred and eighty-seven point five six grams, or alternatively, a gram is about zero times fifty-six ounces.