Conversion formula
How to convert 469 yards to kilometers?

We can set up a proportion to solve for the number of kilometers. 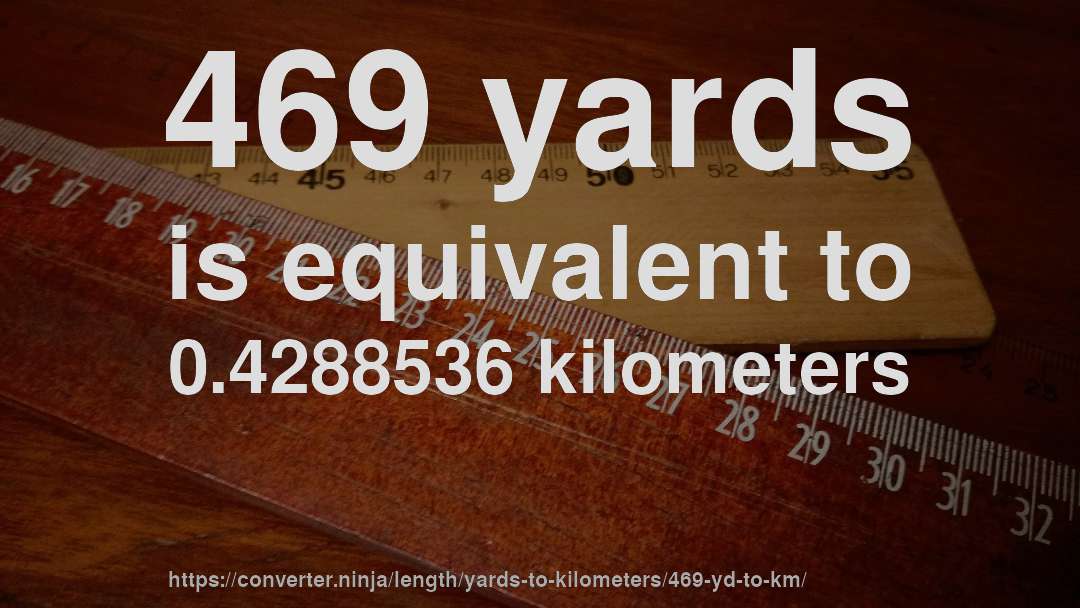 It can also be expressed as: 469 yards is equal to kilometers.