Conversion formula
How to convert 469 millimeters to inches?

We can set up a proportion to solve for the number of inches. 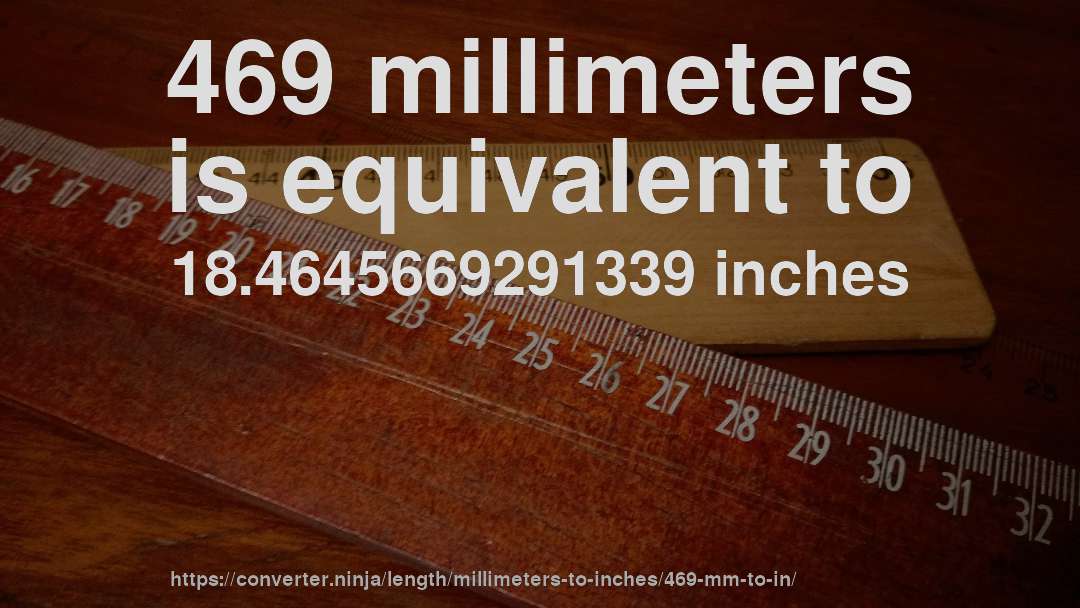 It can also be expressed as: 469 millimeters is equal to inches.

The inch (abbreviation: in or ″) is a unit of length in the imperial and United States customary systems of measurement now formally equal to  1⁄36 yard but usually understood as  1⁄12 of a foot. Derived from the Roman uncia (twelfth), inch is also sometimes used to translate related units in other measurement systems, usually understood as deriving from the width of the human thumb. Traditional standards for the exact length of an inch have varied in the past, but since the adoption of the international yard during the 1950s and 1960s it has been based on the metric system and defined as exactly 2.54 cm.