Conversion formula
How to convert 588 decimeters to centimeters?

We can set up a proportion to solve for the number of centimeters. 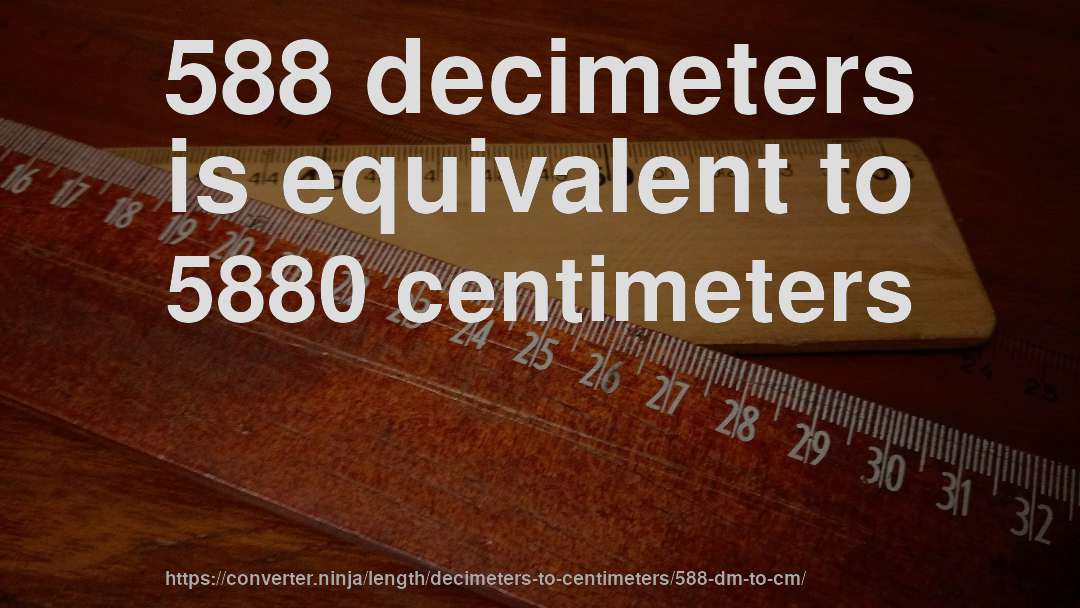 It can also be expressed as: 588 decimeters is equal to centimeters.

A centimetre (symbol cm) or centimeter (American spelling) is a unit of length in the metric system, equal to one hundredth of a metre, centi being the SI prefix for a factor of 1⁄100.